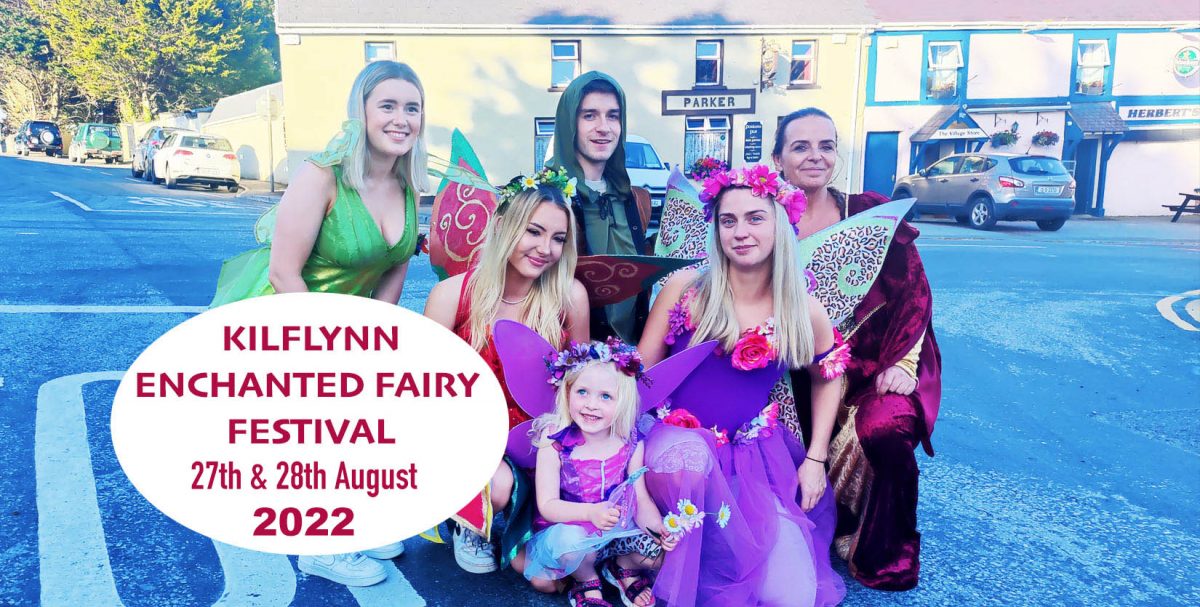 The rescheduled Kilflynn Enchanted Fairy festival will take place the 27th and 28th of August.
After a two-year break, we are all really looking forward to welcoming you back to the magical village of Kilflynn.
Festivities will commence Saturday afternoon at the earlier time of 4pm with a magical parade that will reveal the treasure chest holding the Kilflynn Enchanted map. The map will make its way through the village guarded by the knights and the fairies will then create a spell on the enchanted stage to create hundreds of maps so you can all enjoy the trail on Sunday.
Sunday morning the trail will open at 11am and all visiting magical humans will be sprinkled with fairy dust so that they can see the fairy houses and enjoy a beautiful enchanted magical fairy trail.
As well as fairies there will be bouncy castles, ice cream and delicious food stalls, crafts stalls, face painting and so much more so bring a picnic and dress up for a truly magical experience.
As the parade will take place at the earlier time Saturday evening at 4pm some traffic delays can be expected between 4 and 5 and we apologise for any inconvenience this may cause.
Tickets are on sale now online through Eventbrite for €8 plus booking fee or at the gate on the day for €10-under 2s go free. 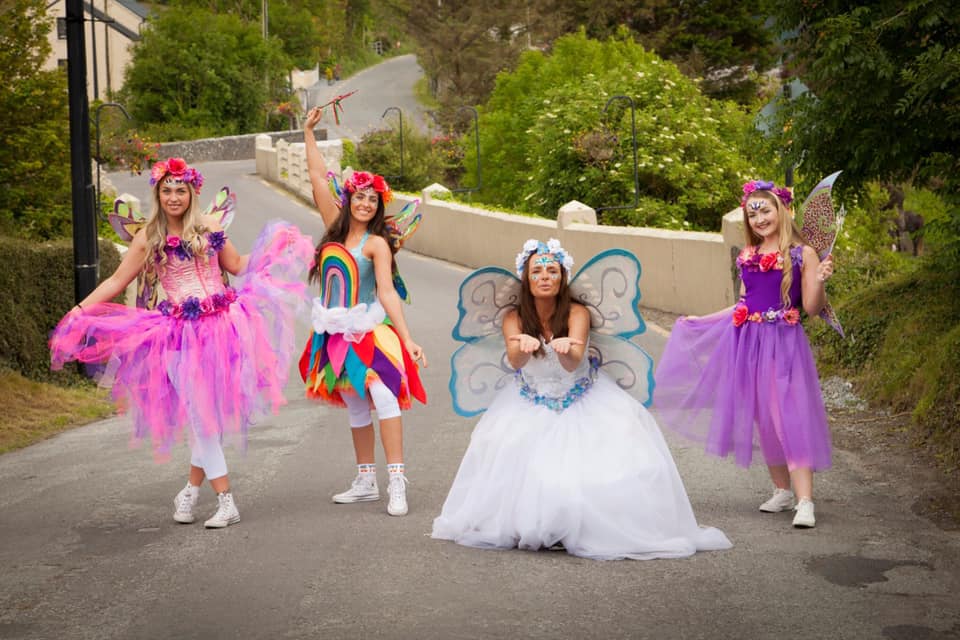 The Crotta hurling club weekly lotto draw was held on Monday 8th August at Parker’s Pub, Kilflynn.
The Four numbers drawn out of the drum by the independent observer: Graham Harris, Clounsillagh, Lixnaw were 7,17,24 and 31.
There was no winner of the 2,600 Jackpot. Congratulations to the following who won €35 in the lucky dip draw:
John Joe Reidy, Boheroe, Abbeydorney, J.J.K.S.M Twomey, C/o Fred, Abbeydorney Village and Sinead Behan, Rathea, Listowel.  Guest at Monday night’s draw was The one and only Sonny Egan All -Ireland Senior Storytelling Champion 2022.
The next draw will take place in Herbert’s Bar, Kilflynn on Monday 15th August at 10.30p.m with a €2,700 Jackpot.
Tickets available 3 for €5 online visit www.crottagaa.club or this link https://play.clubforce.com/play_newa.asp?ll_id=427#Anchor or Herbert’s Bar/Village Store, Parker’s Pub, Zam Zam Kabab, Foley Shop Lixnaw, Abbeydorney Post Office or from Club ticket sellers. Many thanks to all who contribute to our weekly Club Lotto. The Club cannot emphasise enough the importance of our members promoting the Club Lotto among family, friends and work colleagues. Your continued support is greatly appreciated.

Keane’s SuperValu Minor Football Championship.
Quarter Final
North Kerry 0-12 Austin Stacks 0-11
This was certainly not a game for the faint-hearted as this highly enjoyable contest went down to the wire before North Kerry’s Evan Boyle became the hero of the hour and after the sides were all square with a minute to go Boyle kicked over the winning point amid great jubilation from the huge North Kerry supporters Played in perfect underfoot conditions at Castleisland Desmond’s G A A pitch on Monday evening August 10th and even though there was never more than a kick of a ball between the sides all through North Kerry just about deserved to march into a semi finals where they will battle it out with Kenmare Shamrocks. Well done to the North Kerry team and their management especially Crotta Gaa St. Senan’s player, Sean McElligott.

Galway Soccer Cup final result Finn Harps 5 – St Brendan’s Park 1 on Saturday 6th August In Drom Park,Salthill.
It is a fantastic achievement to reach the final and win a silver medal, having had victories over the top three teams from Galway along the way. We in Kilflynn are hugely proud of the team’s achievements and are immensely proud of the local boys on the team Fionn Hannon & Daithi Nolan.

Last Sunday was the biggest day in the Kerry Hurling season, Kerry Senior Final day, always a great day, the game was live on TG4.
Congratulations Causeway who defeated Ballyduff 2-15 (21) to 0-16 (16).

The Kerry U14s girls and Management travelled by car, buses, planes and trains to The National Under 14 Blitz 2022 to take part in the Michael Kennedy Cup in Abbotstown on Saturday 6th August.  First up was Laois where at half time Kerry were up 1:03 to Laois 0:02 and in the second half kept Laois unable to score. Winning their first round Kerry 2:05 to Laois 0:02
Second match was against Antrim who previously had won with a large score against Laois. Alas they didn’t prove strong enough for the green and gold. At half time Kerry 1:02 Antrim 0:00. Kerry finished out comfortable winner adding another 2 goals and 4 points to finish the match Kerry 3:06 Antrim 0:00
And then came Final Time!!
Armagh proved worthy opponents for our final having beaten Kildare and Offaly in their group. Kerry had all the scores in the first half with Ava Moore 2:01 Kate Maunsell 0:01 and Jessica Leen 0:01 At half time Kerry 2:03 to Armagh 0:00
Kerry in the second half came out like they had a point to prove. They never left a ball unchallenged they hooked, blocked and stood up to Armagh. Armagh managed to score a goal but not a bad word could be said about the Kerry defence with spectacular performances in keeping Armagh out. Kerry hammered home their win with second half scores again from Ava Moore 1:02 Maggie Hickey 1:00 and Eimear Dillane 0:01
Loud screams of celebration were heard below in Kerry when the final whistle blew. KERRY DECLARED ALL IRELAND CHAMPIONS
Congratulations to The Kerry U14 Camogie Team especially Crotta/ Abbeykillix Camogie Club players Emily O Donoghue and Gráinne Daughton. Amazing achievement Girls.

The draw for the July Kilflynn Community Together “Split the Bucket” took place Saturday, 6th August in Herbert’s Bar, Kilflynn. The winner of the July was Michelle Quirke, The Waterfall, Kilflynn. Bucket total was €270 and the split was €135. Congratulations to Michelle. Thank you all for the great response and support. Pat Lynch, Crotta, Kilflynn drew the winning ticket. Funds raised will be used for projects that will benefit and improve Kilflynn. Your support is greatly appreciated. The next draw for the Kilflynn Community Together “Split the Bucket” will take place Saturday, 27th August in Parker’s Bar, Kilflynn @ 10:00pm.
Get your entries in (as many as you like) before Saturday night 27th August! It could be your lucky Night! We have buckets at various businesses around Kilflynn: –Parkers Pub, Herbert’s Bar and Zam Zam Kebab.
The concept of the draw is simple, simply place your €2 into the envelope at the venue, write your name and phone on the envelope and you could possibly ‘split the bucket!’

Alone are currently looking for befriending volunteers in your area. Visit www.alone.ie for more details and to sign up. If you have concerns about your own wellbeing or you are an older person who would like to receive ALONE’s Support & Befriending services, contact ALONE on 0818 222 024 from 8am – 8pm, seven days a week. 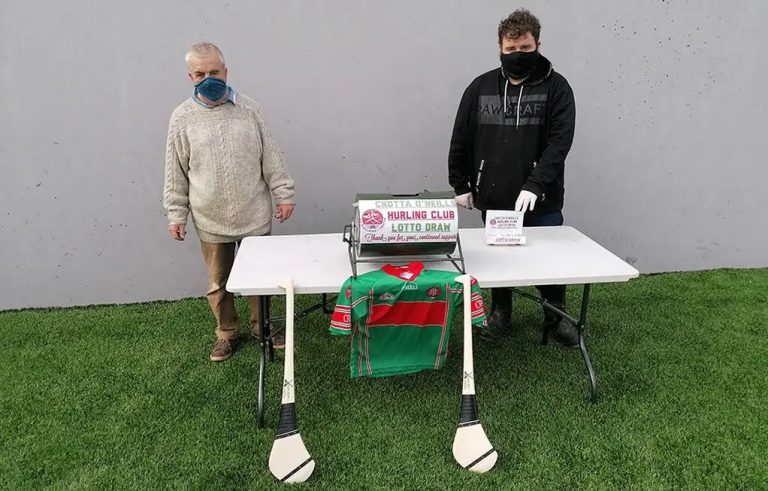 ST. PATRICK’S DAY GREETINGS Wishing all readers of the Kilflynn Notes at Home and Abroad a very Happy St. Patrick’s Day. COMMUNITY SUPPORT SERVICE Kilflynn Community Together and The Crotta Hurling Club are continuing our Community Support Service. If there are any elderly or vulnerable members / friends… 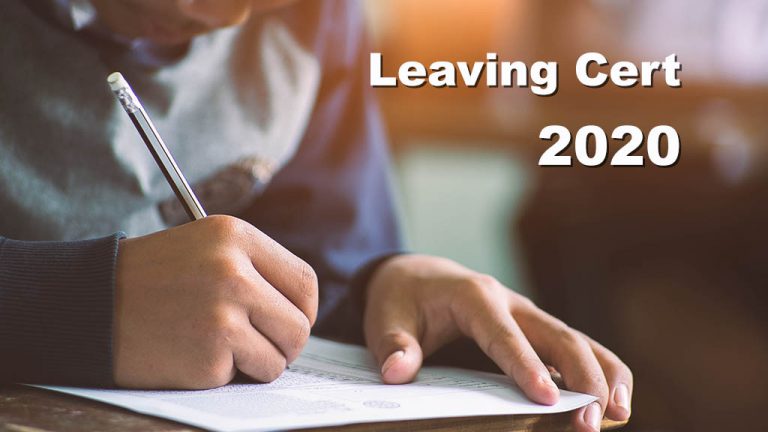 CROTTA HURLING CLUB Lotto Jackpot of €15,500 will once again be up for grabs on Monday 18th May when the club lotto returns after a nine week layoff due to the Covid 19 pandemic. With current social restrictions Crotta GAA… ABBEYDORNEY/KILFLYNN CARE GROUP Christmas Party in Ballyroe Heights Hotel on Sunday 11th December. Bus leaving both villages at 12.30 p.m. for meal at 1.30 p.m. Cost €20 per person. SPLIT THE BUCKET The November draw for the Kilflynn Community Together…