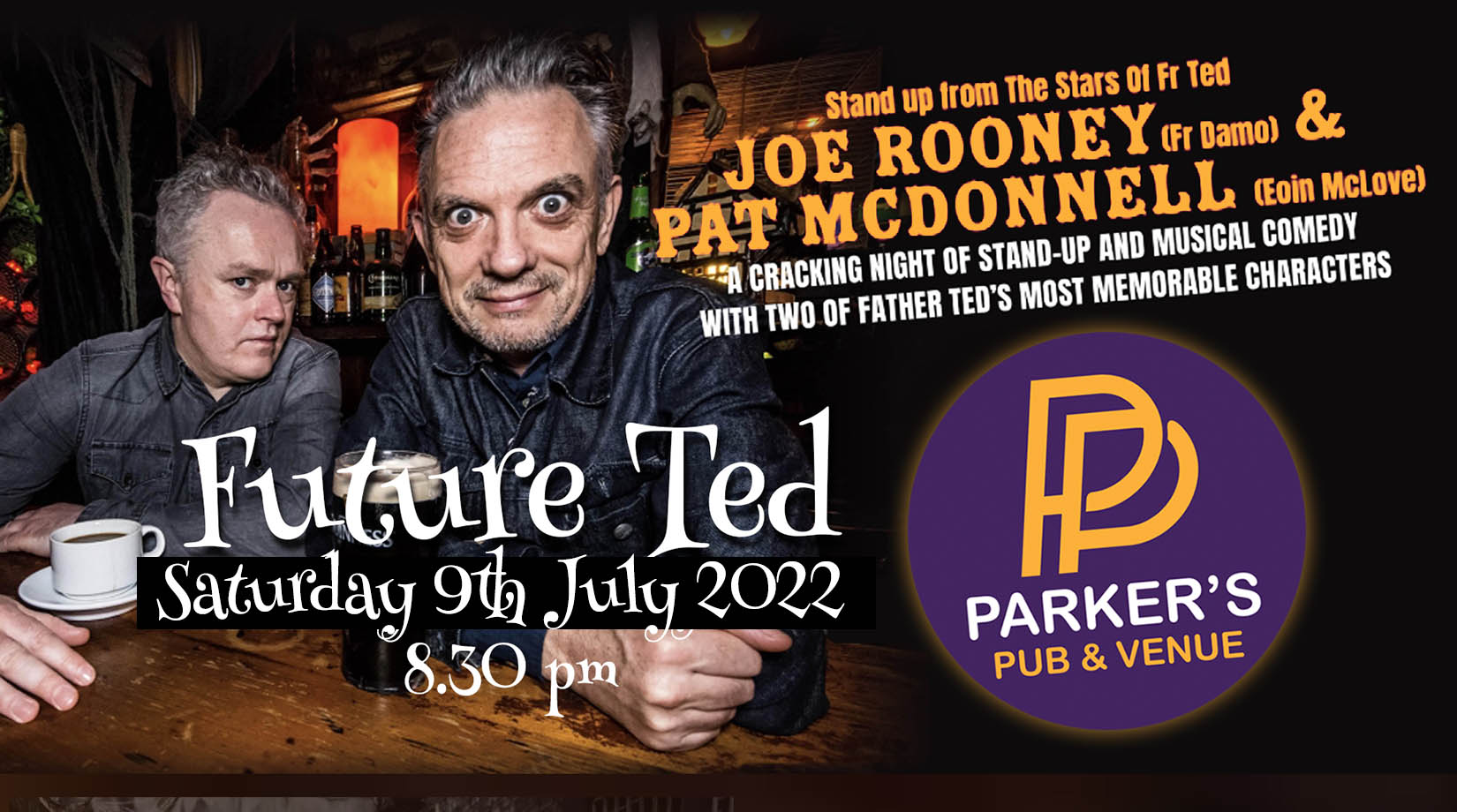 With a yellow warning forecasted on Friday evening to Saturday evening, the committee  examined some of the ground damage evident after Thursday night’s/ Friday mornings rain, with safety of the visitors, stall holders, entertainers and volunteers and taking into consideration the damage that could be done to parking facilities and fairy trail, with a heavy heart, they have made a very difficult decision that they postponed last weekend’s festival and reschedule for Saturday 27th and Sunday 28th of August. We know you have been so disappointed about the decision the fairies made. For weeks ye have been getting ready by deciding on costumes, leaving little notes for your fairies and preparing to join us from far and wide. Your loved ones may have been showing you little videos created by us and the Kilflynn people to build your excitement and then we announce we are cancelling the weekend. Fairies love opposites so they were meant to start the summer off but now they have decided to end the summer season with a fairy festival as planned on 27th and 28th of August. Congratulations to Ted and Tedette on the arrival of baby Tedeena weighing at 545Lb a healthy baby girl on Saturday evening. A huge appreciation to the Ted Wife’s Andrew Byrne Jack  and Michael Brady and. Kilflynn village is delighted with the new arrival. We believe in fairies, we do, we do

The Crotta hurling club weekly lotto draw was held on Monday 27th June at Parker’s Pub, Kilflynn.
The Four numbers drawn out of the drum by the independent observer: Graham Harris, Clounsillagh, Lixnaw were 12,15, 23 and 27.
There was no winner of the 2,000 Jackpot. Congratulations to the following who won €35 in the lucky dip draw: Jackie Hurley, Garrynagore, Lixnaw, Tom Shanahan, Clandouglas Lixnaw and Brendan Twomey, Crotta Cross, Lixnaw.
The Next draw will take place at Herbert’s Bar, Kilflynn, on Monday night 4th July for a €2,100 Jackpot. Tickets available 3 for €5 online visit www.crottagaa.club or this link https://play.clubforce.com/play_newa.asp?ll_id=427#Anchor or Herbert’s Bar/Village Store, Parker’s Pub, Zam Zam Kabab, Foley Shop Lixnaw, Abbeydorney Post Office or from Club ticket sellers. Many thanks to all who contribute to our weekly Club Lotto. The Club cannot emphasise enough the importance of our members promoting the Club Lotto among family, friends and work colleagues. Your continued support is greatly appreciated.

Calling all unwanted teddies in need of a new home!
The teddy’s bear doctors station at the Kilflynn Enchanted Fairy festival will rehome them.
Please drop them to Kilflynn national school, Parkers Pub, Carmel Quinn or David Powers butchers Abbeydorney.

Mass Intention for the week in St. Mary’s Church; on Wednesday 28th June at 10.00 a.m. Friday 1st July at 10a.m and on Saturday 2nd July 6.00 p.m. Eileen Rohan, Knockbrack, Kilflynn.
Parish Office can be contacted by phone 066 4018996 Tuesday, Thursday & Friday 10.00 a.m. to 1.00 p.m. or by email: abbeydorney@dioceseofkerry.ie
Masses from St. Bernard’s Church, Abbeydorney are streamed live on www.dioceseofkerry.ie, on Sunday at 10 a.m. Go to Abbeydorney Parish and click on watch live Mass. Webcam has been installed in Kilflynn Church – To watch Masses go to www.dioceseofkerry.ie – Abbeydorney Parish and click on ‘watch Mass’. Diocesan
Kilflynn Eucharistic Adoration Monday (7.00 p.m.-8.00 p.m.)
Congratulations to Fr. Denis O’Mahony on the Golden Jubilee of your Ordination. We wish you many years of health and happiness. Thanks to everyone who helped in any way to organise the celebration on Friday night. Míle buíochas.
Sick & Retired Priests Diocesan Collection next weekend 2nd /3rd July.

The draw for the June Kilflynn Community Together “Split the Bucket” will take place Saturday, 2nd of July in Parker’s Pub, Kilflynn @ 10:00pm.
There is still time to get your entries in (as many as you like) before Saturday night’s draw! It could be your lucky Night! We have buckets at various businesses around Kilflynn: – Parkers Pub, Herbert’s Bar and Zam Zam Kebab.
The concept of the draw is simple, simply place your €2 into the envelope at the venue, write your name and phone on the envelope and you could possibly ‘split the bucket!’
Funds raised will be used for projects that will benefit and improve Kilflynn. Your support is greatly appreciated.

Mass will be celebrated in Kyrie Eleison, on Tuesday 5th July 8.00 p.m. and in St. Mary’s, Kilflynn, on Wednesday 6th July at 8.00 p.m. and in Killahan Cemetery, Wednesday 13th July at 8.00 p.m.
Annual Mass At Rath Cemetery, Tralee will be celebrated on Wednesday July 13th at 7.30 p.m. It will be in place of the 6.10pm Mass in St. John’s Church that evening. It would be appreciated if families attend to their own graves prior to the Mass.

The Crotta Senior hurlers got their Garvey’s SuperValu Senior Hurling Championship 2022 campaign off to a winning start with a victory over  Ballyheigue  in Group 3 Round 1 On Friday, 24th  June  at Austin Stack Park, on the final score line of  2-16 to 1-10.
Ten points in total from the long-serving Kerry star Shane Nolan (including four from play) was, unquestionably, a match-winning contribution, with a two-goal blast in the second quarter from full-forward Declan O’Donoghue, also playing a pivotal role in Crotta’s virtually untroubled passage to their first championship victory of the season.
While the likes of Ryan McElligott, Rory Mahony who was making his Senior Championship debut and Sean Weir were also consistently solid for the winners, Nolan’s leadership throughout, and O’Donoghue’s ruthlessness when he got his opportunities, were the proverbial rocks on which the Ballyheigue challenge perished on. The green and red lads led at interval break by 2-8 to 1-5. Crotta play Lixnaw in Round 2 on Sunday 3rd July at 1.30p.m in Austin Stack’s Park, Tralee Please note tickets must be pre-purchased. No tickets available at the gate We wish the Crotta Senior Hurlers and their management the best of luck.
CROTTA O’NEILLS: Adam Sullivan; Ryan McElligott, Bill Keane, Sean McGrath; Rory Mahony, Sean Weir 0-1, Tadhg McKenna; Tomas O’Connor, Shane Nolan 0-10 (6f); Cillian Trant, Darragh O’Donoghue 0-1, Sean O’Donoghue; James Sheehan 0-1, Declan O’Donoghue 2-1, Jordan Conway 0-2. Subs: Denis Nolan for S O’Donoghue (44 mins), Darragh Kennelly for Sheehan (54 mins), Dominic Nolan for O’Connor (59 mins), Cormac White for Darragh O’Donoghue (62 mins).

are currently looking for befriending volunteers in your area. Visit www.alone.ie for more details and to sign up. If you have concerns about your own wellbeing or you are an older person who would like to receive ALONE’s Support & Befriending services, contact ALONE on 0818 222 024 from 8am – 8pm, seven days a week

CROTTA GAA LOTTO RESULTS Due to current Covid-19 guidelines, The Crotta sportsfield, Dromakee, Kilflynn was the venue for the Crotta hurling club weekly lotto draw on Tuesday 22nd June. The Four numbers drawn out of the drum by the independent… 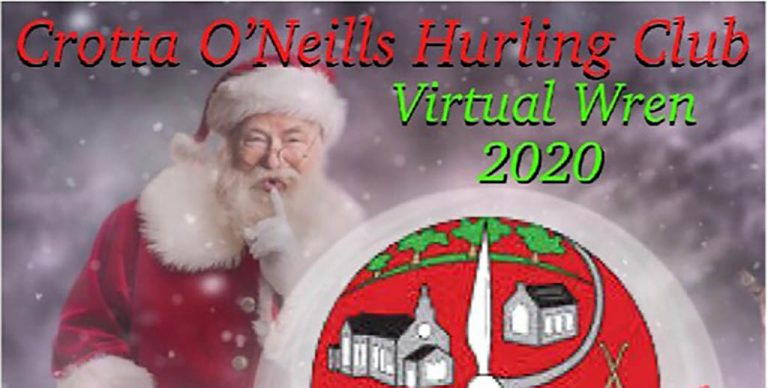 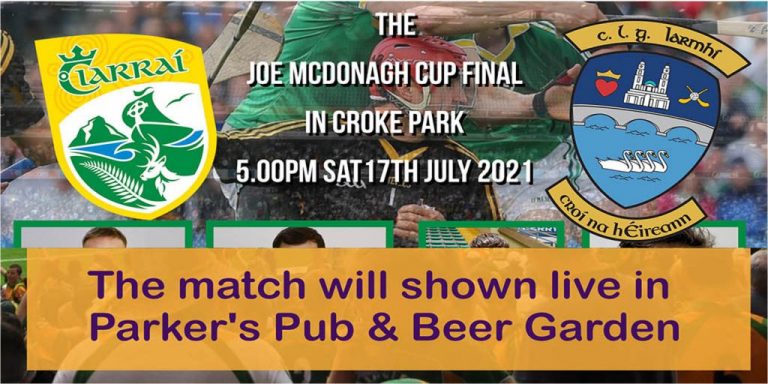 CARE AND REPAIR Age Action’s Care and Repair does small DIY jobs, free of charge, for older people to help them maintain their homes and their independence. For details contact Age Action national helpline 0818 911 109 or email careandrepair@ageaction.ie CROTTA GAA LOTTO… 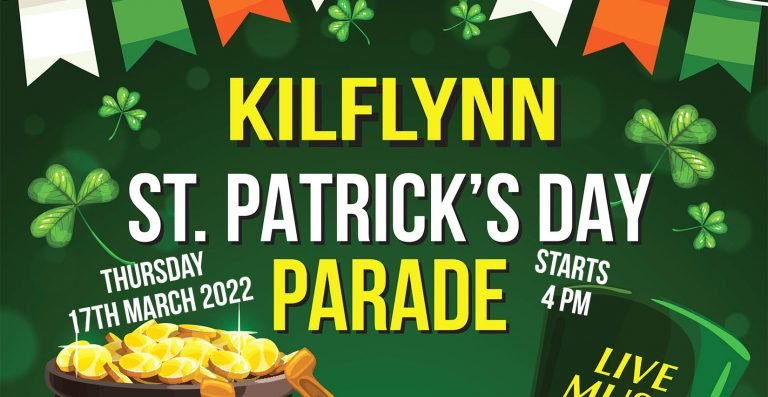 BAKE SALE The Parents Association of St. Teresa’s national school, Kilflynn are organising a Bake Sale on Friday11th March from 9.30a.m to 2.00p.m in St. Columba’s Centre, Kilflynn. All Welcome. Drop off cakes and bakes from 8.30a.m. A Special thank…