Mass Intention for the week in St. Mary’s Church
On Friday 13th January at 10.00a.m and Saturday 14th January at 6.00 p.m. Paddy, Ciss, Willie & Nora Brennan, Rae, Kilflynn.
Parish Office can be contacted by phone 066 4018996 Tuesday, Thursday & Friday 10.00 a.m. to 1.00 p.m. or by email: abbeydorney@dioceseofkerry.ie
Masses from St. Bernard’s Church, Abbeydorney are streamed live on www.dioceseofkerry.ie, on Sunday at 10 a.m. Go to Abbeydorney Parish and click on watch live Mass. Webcam has been installed in Kilflynn Church – To watch Masses go to www.dioceseofkerry.ie – Abbeydorney Parish and click on ‘watch Mass’. Diocesan

The North Kerry Harriers Kilflynn Meet will take place on Sunday 15th January, meeting at Parkers Bar & leaving Kilflynn village at 12noon. Looking forward to a great day.
Please Park with care & ensure to clean up after your horses.
The organisers would like to take this opportunity to extend sincere thanks to all the landowners for their kind permission for the use of their lands, without which such an event could not take place.

Put the date of April 1st 2023 in your diary and set the goal. The inaugural Kilflynn city running group stacks half and 10k.
A stunning half marathon and 10k that starts and finishes in Kilflynn village taking in all that Kilflynn has to offer from stunning views to hidden trails and pathways, this event has them all. Put April 1st 2023 in your calendar.
Full website and details coming soon. All profits go to Bru Columbanus

A new principal has been appointed at Presentation Secondary School in Tralee.
The Board of Management has announced the appointment of Ms. Mairéad Finucane as the new Principal. She follows on from Ms. Mary Kennelly, who recently retired from the post, and Ms. Chrissie Kelly who was acting principal.
Mairéad, daughter of Mary Ann and Tommy Finucane, Cloonafineela, Kilflynn is a former student of St. Teresa’s National School. Kilflynn and Moyderwell Secondary School. Mairéad has, for the past seventeen years, been working with the Limerick and Clare Education and Training Board.
We wish Mairéad the best of luck who takes up her appointment on Monday, January 16. 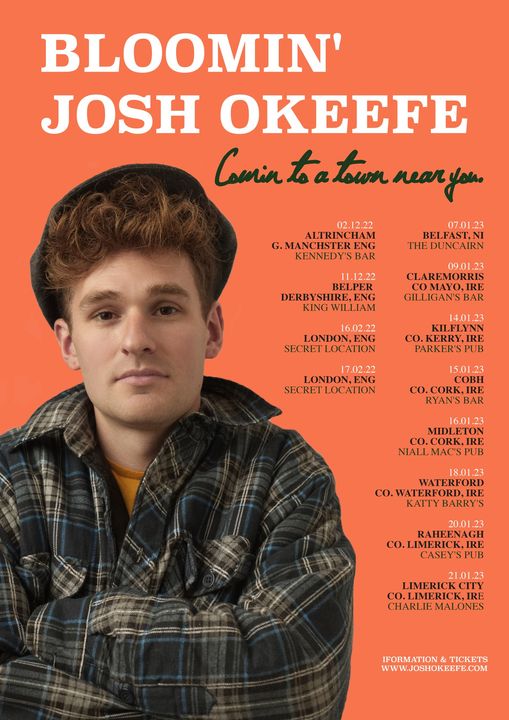 Nashville-based British singer-songwriter Josh O’Keefe is in Ireland and plays an intimate session in Parker’s Pub on Saturday night 14th January, free admission and kicks off at 8.30pm. Text to 0879794541 to book your seat. Josh had performed sold-out shows from California to New York and from Nashville to London and Glasgow, he has shared stages with legends including Kris Kristofferson, Ramblin’ Jack Elliott, Alison Krauss and Rufus Wainwright, among many others.

The Crotta hurling club weekly lotto draw was held on Monday 9th January at Parker’s Pub
The Four numbers drawn out of the drum by the independent observer: Graham Harris, Clounsillagh, Lixnaw were 1,14,21 and 26. There was no winner of the 2,300 Jackpot.
Congratulations to the following who won €35 in the lucky dip draw: Kenneth O’Sullivan, Ahabeg west, Lixnaw, Maurice McElligott, Upper Tullig, Kilflynn and Darragh McKenna/Conway, Lixnaw. The next draw will take place in Herbert’s Bar, Kilflynn. on Monday 16th January at 10.30p.m with a €2,400 Jackpot.
Tickets available 3 for €5 online visit www.crottagaa.club or this link https://play.clubforce.com/play_newa.asp?ll_id=427#Anchor or Herbert’s Bar/Village Store, Parker’s Pub, Zam Zam Kabab, Foley Shop Lixnaw, Abbeydorney Post Office or from Club ticket sellers. Many thanks to all who contribute to our weekly Club Lotto. The Club cannot emphasise enough the importance of our members promoting the Club Lotto among family, friends, and work colleagues. Your continued support is greatly appreciated. We would like to wish all our patrons a very Happy Christmas and a healthy New Year.

The draw for the December Kilflynn Community Together “Split the Bucket” took place Saturday, 7th January in Parker’s Pub, Kilflynn. The winner of the December draw was Marie O’Neill, The Kerries , Tralee. The Bucket total was a Guaranteed €250 Jackpot. Congratulations Marie
Thank you all for the great response and support. Kay Galvin, Finuge drew the winning ticket which was purchased in Parkers. Funds raised will be used for projects that will benefit and improve Kilflynn. Your support is greatly appreciated.
The next draw for the Kilflynn Community Together “Split the Bucket” will take place Saturday, 28th January in Herbert’s Bar, Kilflynn @ 10:00pm. Get your entries in (as many as you like) before Saturday night 28th January! It could be your lucky Night! We have buckets at various businesses around Kilflynn: Parker’s Pub, Herbert’s Bar and Zam Zam Kebab.

The Kilflynn toddler group meets up every Thursday mornings in St. Columbus Centre, Kilflynn at 10.00-11.30 am

Alone are currently looking for befriending volunteers in your area. Visit www.alone.ie for more details and to sign up. If you have concerns about your own wellbeing or are an older person who would like to receive ALONE’s Support & Befriending services, contact ALONE on 0818 222 024 from 8am – 8pm, seven days a week. 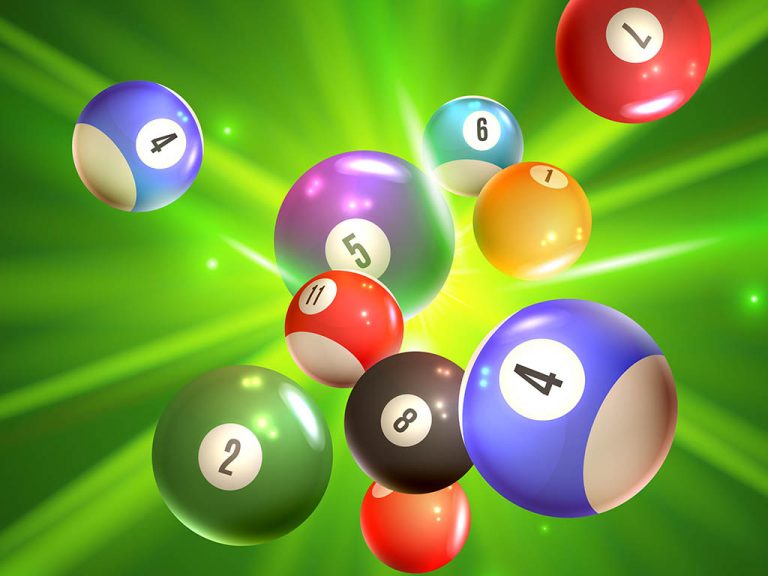 CROTTA LOTTO JACKPOT HITS 16,000 The Crotta Hurling Lotto Club draw with a Jackpot of €15,900 was held on Monday 15th  June  in St Columbas Centre, Kilflynn. The four numbers drawn by Independent observer: Paul Shanahan, Tullig,Kilflynn were 8,15,17 and 20. There was… 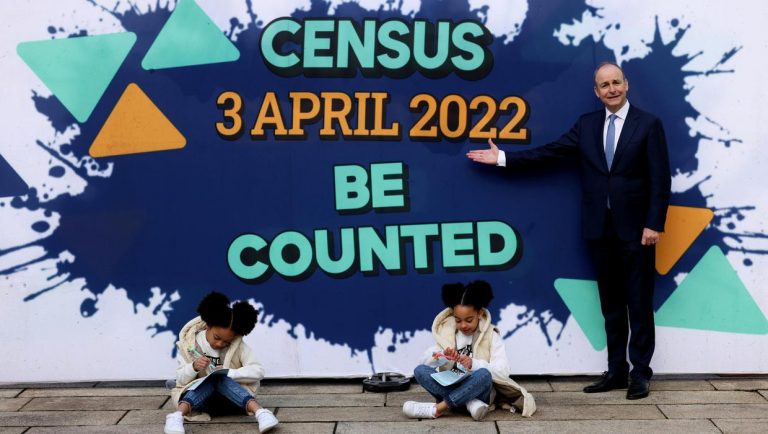 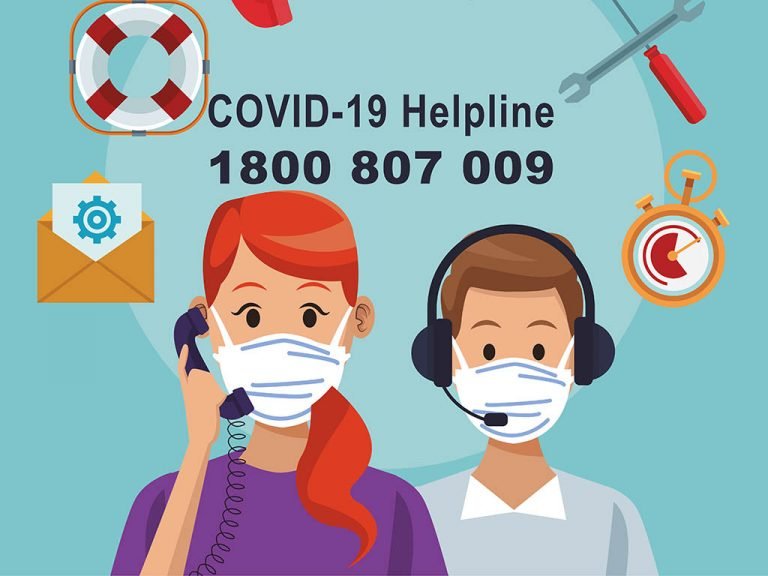 CROTTA LOTTO JACKPOT RESULTS The Crotta Hurling Lotto Club draw with a Jackpot of €15,600 was held on Monday 1st June  in St Columbas Centre, Kilflynn. The four numbers drawn by Independent observer: Patrick O’Halloran, Fearann Flainn, Kilflynn were 17,18,22 and 30. There… 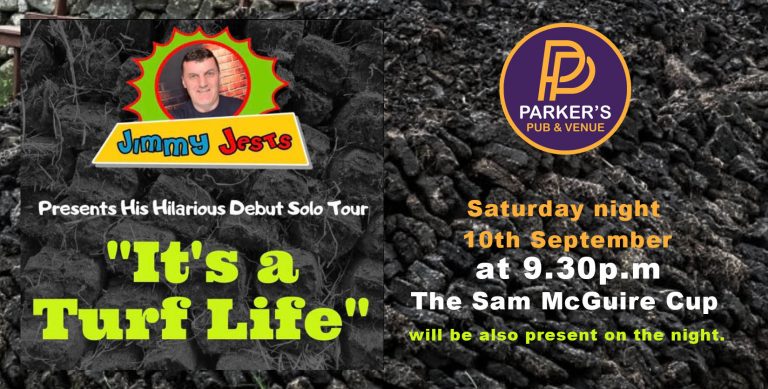 CROTTA LOTTO RESULTS The Crotta hurling club weekly lotto draw was held on Monday 15th August at Herbert’s Bar, Kilflynn. The Four numbers drawn out of the drum by the independent observer: Graham Harris, Clounsillagh, Lixnaw were 1,8,12 and 31. There was… CROTTA LOTTO RESULTS The Crotta hurling club weekly lotto draw was held on Monday 14th November at Parker’s Pub, Kilflynn. The Four numbers drawn out of the drum by the independent observer: Graham Harris, Clounsillagh, Lixnaw were 1,21,25 and 30. There was no winner of…