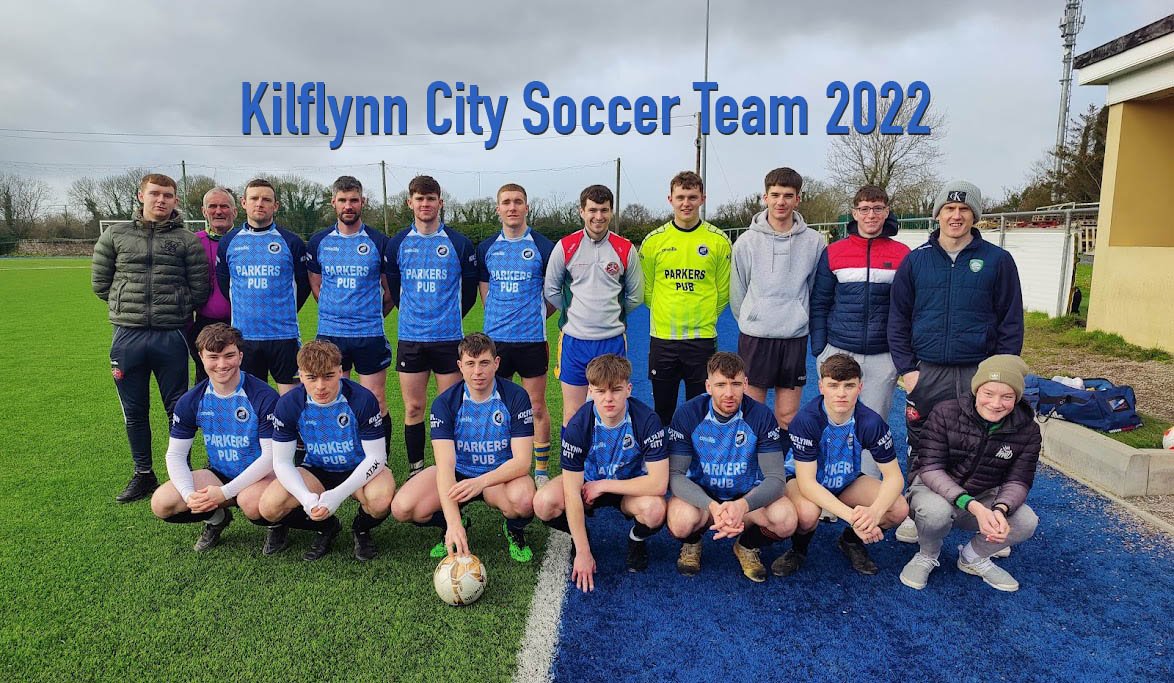 Vintage Returns! Kilflynn Vintage Club are delighted to announce the return of our annual vintage weekend on Saturday 18th and Sunday 19th June 2022. Looking forward to seeing everyone again!!

St. Teresa’s National School, Kilflynn are holding a clothing recycling drive fundraising.
Please donate all your clean unwanted clothes, shoes, bed linen, curtains, towels, bags, belts and soft toys. Please Donate only clean dry and rewardable clothing as we cannot accept wet, dirty or damaged clothes or goods. No Duvets. Drop your bags to the Crotta Hurling Club house, Dromakee, Kilflynn from Tuesday 25th January  to Sunday 27th February between the following hours 8.00a.m to 9.00p.m. 7 days a week. Thank you for your support and taking the time and effort to support our fundraising drive.

Tralee CBS (Kerry) 4-18 Skibbereen Community School (Cork) 2-8
Defending champions Tralee CBS Senior Footballers were comfortable victors in the TUS Corn Uí Mhuirí (U19 A football) semi-final at Mallow Gaa Complex on Saturday 29th January.
Their performance, which included an outstanding second-half showing, yielded a 16-point win. It comes after their 14-point victory over Clonakilty CC in the quarter-final. The Crotta Club was represented on the Tralee CBS Team by Donnacha Sayers (Full forward) and Sean McGrath (Centre Back) and Gavin Parker (Sub) The Sem,Killarney  defeated  Bandon Hamilton High School in the other Semi Final after extra time  also in Mallow.
Tralee CBS and The Sem play in TUS Corn Uí Mhuirí (U19 A championship football) final on Saturday 12th February in Austin Stacks Park, Tralee.  We wish The Green the best of luck.
Best of luck to Kilmoyley Senior hurlers, their Backroom team and supporters who are heading to Croke Park on Saturday 5th February to play Naas of Kildare at 5pm in the All-Ireland Intermediate Club Final, after their victory over Banagher (Derry) at Connacht G.A.A. Centre of Excellence, Bekan, Co. Mayo on Sunday, 23rd January on a score of Kilmoyley (Kerry) 2-15 Banagher (Derry) 1-12.
Removal of water breaks:
Counties and clubs should note that the provision for Water Breaks in our games is now removed from GAA Match Regulations with immediate effect.
The following provisions in this context now apply:
Maoir Uisce – 2 Maoir Uisce who must be over 18 years of age, are permitted per team; Each must wear an official bib.

Allianz Hurling League Roinn 2A
Sunday, 6 February 2022 Westmeath v Kerry
Venue: TEG Cusack Park, Mullingar @12:30pm.
We wish the best of luck to the Kerry hurlers and their management.
In Hurling, the Maoir Uisce will also act as Hurley Carriers and may enter the field of play with a replacement hurley when necessary.

Kilflynn City 1 – 0 AC Athletic B
Good win for the boys again on Sunday 30th January at Mounthawk Park, Tralee which takes them top of the Kerry District Denny Division 3B league.
City started off the better team in the first half with the wind at their backs. Had a good few chances but couldn’t put them away. City went 1 up 25minutes in with Barry Mahony working a good one two with Matt Healy and finishing well to the bottom corner of the net.
Darragh O’Donoghue had another great chance to double the lead when he jumped through two AC defenders and when the ball broke it was kicked just wide of the post.
In the 2nd half AC Atheltic were the best team all the way through with them missing a couple of chances that went just wide, blocked or were deflected over the bar.
AC Athletic deserved to get a draw out of the game to be honest as they were well on top through the whole second half but Kilflynn dug in and grinded out the win.
A big victory to put them top of the league for the time being with a game in hand. Hopefully they can stay on this run and make the final.

With the lifting of restrictions in Ireland on Saturday 22nd January we are absolutely thrilled to announce that the rescheduled , 3 Bucks Left whirlwind live show in  Parker’s Pub & Beer Garden, Kilflynn will take place on Saturday 5th March 2022. Doors open at 7.00p.m Show Starts at 8.00p.m Tickets for the rescheduled show are still valid, whilst there is still a limited number of tickets available at €15 per ticket from Parker’s Pub, quick before they’re gone.

Due to the recent lifting of Covid restrictions, the weekly Darts Double Tournament in Parker’s Lounge Bar, made a return on Saturday night 29th January to the oche for their first session since Saturday 14th March 2020 It’s great to see the dart players making a return after 687 days at the Kilflynn venue.
Twenty-two Darts players participated in the weekly Darts Double Tournament.
Tomas O’Connor and Jason Nolan defeated Barry Mahony and Darragh Mulvihill in the final. The winners received a leg of lamb each.
Thanks to the darts players who showed up on time last Saturday night and thanks to John Leahy and Sarah Redmond for supervising the tournament.
The Next Darts Doubles tournament on Saturday night 5th February in Parker’s lounge bar, at 9.00p.m.
All names in for 8.45p.m Sharp. The winners of the weekly darts will receive a leg of lamb each. 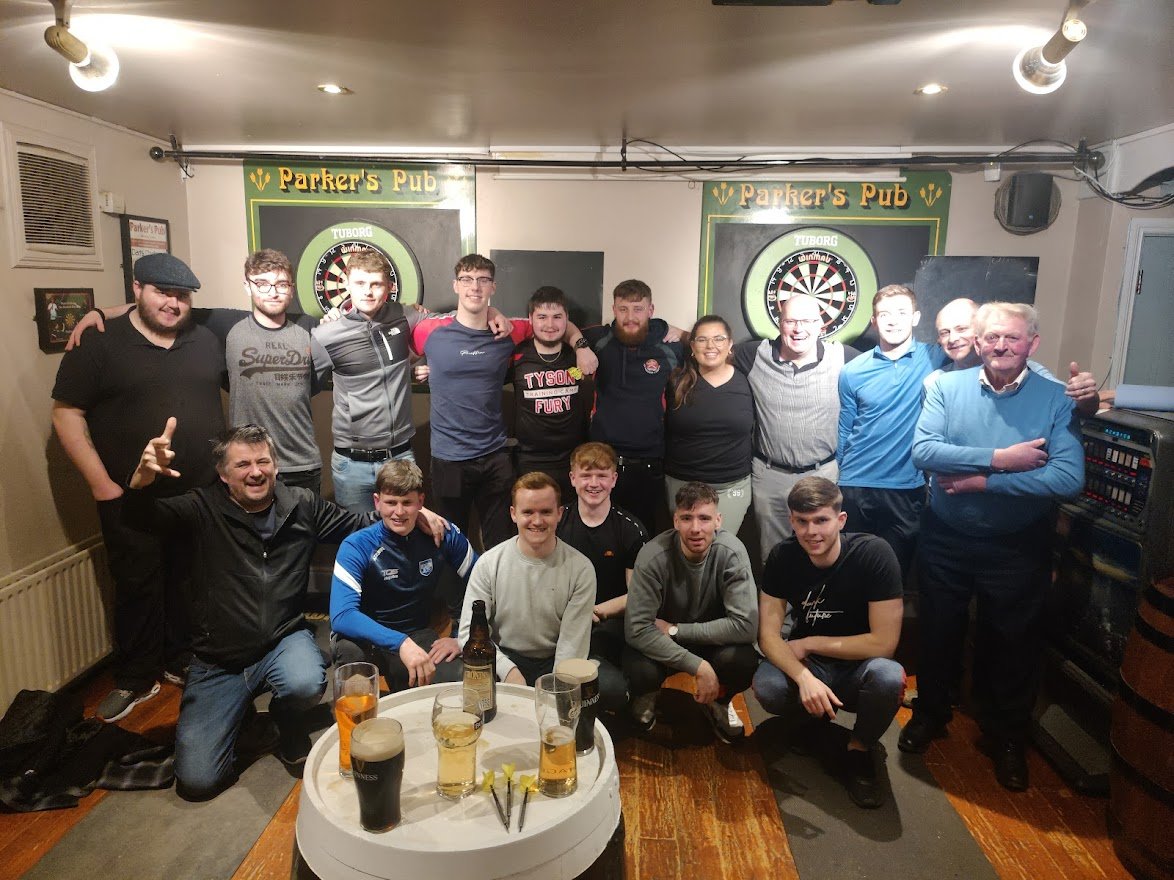 The Crotta hurling club weekly lotto draw was held on 31st January at Herbert’s Bar, Kilflynn
The Four numbers drawn out of the drum by the independent observer: Graham Harris, Clounsillagh, Lixnaw were 4, 8,13 and 15.
There was no winner of the 7,200 Jackpot. Congratulations to the following who won €35 in the lucky dip draw:
Darragh Ryan, Valley View, Knocknaska, Kilflynn, Nora Brady, Crotta, Kilflynn and Aisling Leahy, Rathkenny, Abbeydorney,
The Next draw will take place in Parker’s Bar, Kilflynn on Monday 7th February at 10.00p.m in compliance with Covid-19 restrictions for a €7,300 Jackpot.  Tickets available 3 for €5 online visit www.crottagaa.club or this link https://play.clubforce.com/play_newa.asp?ll_id=427#Anchor or Herbert’s Bar/Village Store, Parker’s Pub, Zam Zam Kabab, Foley Shop Lixnaw, Abbeydorney Post Office, or from any club officer. Many thanks to all who contribute to our weekly Club Lotto. Your continued support is greatly appreciated. 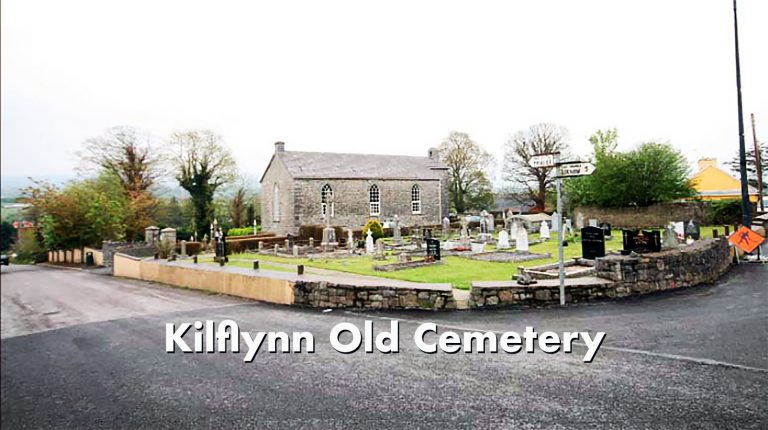 KILFLYNN OLD CEMETERY On passing through the village of Kilflynn one has to commend the beautiful well-maintained condition of the graveyard. A big thank you to Lix Abbey Community group L.T.D staff and all involved. ACTIVE RETIRED The Abbeydorney/Kilflynn retired… 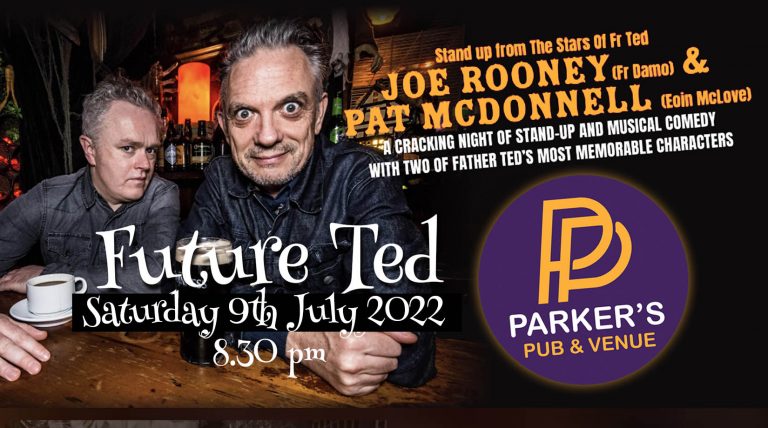 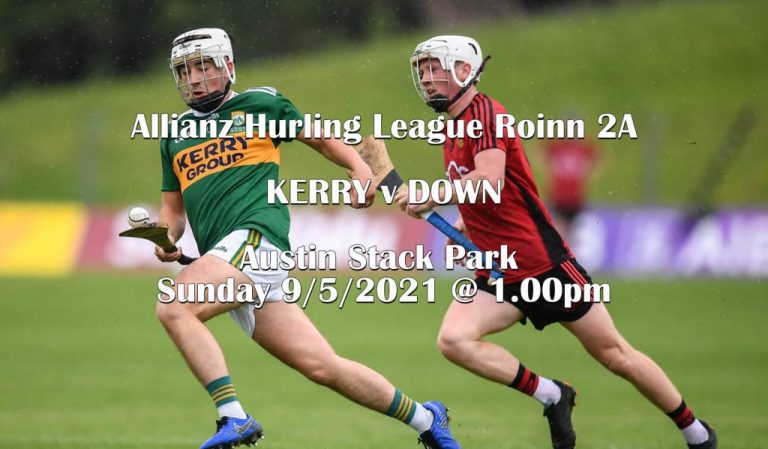 HURLING TRAINING RETURNS Last week was all about the long-awaited return to training for our juvenile teams following an extended winter break. There was also good news for our Adult teams who have received the green light to return to…